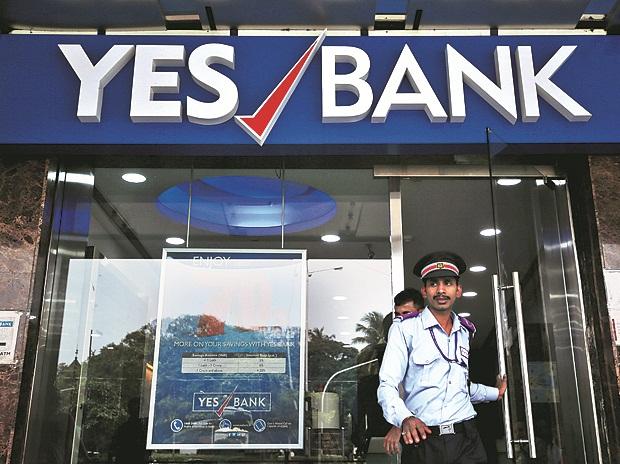 When a former YES Bank executive started selling his stake in September, the lender’s top managers watched for any sign that the resulting drop in share price would trigger a rush to withdraw deposits.

The stock sales came as customers of a regional lender — Punjab & Maharashtra Co-operative Bank — were lining up outside its branches to withdraw their money following an alleged management fraud. Rampant speculation online about broader contagion forced the central bank to issue rare statements assuring the public of the safety of the financial system.

YES Bank’s loss of mom-and-pop deposits in September was manageable in the end, though it pointed to a risk for the lender whose peers HDFC Bank and ICICI Bank drew more savings from customers during that period. India’s fourth-largest private lender has had a tumultuous 2019 with a new chief executive unable to raise the capital needed to bolster ratios that stand just above a regulatory minimum and quell analyst questions about its stability.

“It is now a vicious circle where a lack of capital is increasing concerns on the bank’s bad loans, creating uncertainty among investors and depositors, which is adding to the withdrawal of low cost and retail term deposits,” said Ravikant Anand Bhat, an analyst at IndiaNivesh Securities.

The lender’s share price tanked 74 per cent last year as soured debt mounted given its exposure to shadow banks entangled in a prolonged crunch in the local credit market. The plunge has continued this year, with shares dropping another 21 per cent even as a benchmark index remained little changed.

The bank is due to report results for the December quarter, which will show whether deposits eroded further in the last three months of 2019. Bhat expects total deposits to decline another 20 per cent, after they dropped 7.3 per cent from June to Rs 2.1 trillion ($29 billion) as of September 30.

The lender issued a statement last month assuring customers about its liquidity and stability and said it is making every effort “to financially strengthen the bank further.”

Chief Executive Officer Ravneet Gill said in October that the lender was shedding high-cost wholesale deposits in favour of trying to retain cheaper and more stable retail funds. In the September quarter, it saw outflows from both buckets at the same time as its loan book also contracted.

Last June, Gill said he planned to raise $1.2 billion over 18 months. The lender raised about $275 million through a share sale to institutional investors in August, but hasn’t managed to tap investors for a follow-on preferential offering since then.

The bank’s board in November disclosed the names of several potential investors, though it has since rejected most of those. It’s now looking to raise capital through other routes including another institutional share sale, for which it got shareholders’ approval last week.

Moody’s Investors Service cut YES Bank’s credit ratings in December and last month placed them under review. The credit assessor said the review of the lender’s deposit rating reflects that its “standalone viability is getting increasingly challenged by its slowness in raising new capital.”

The Moody’s team led by Senior Credit Officer Alka Anbarasu said faith in the lender would be restored by a fresh cash injection or a “regulatory led resolution,” as authorities seek to ensure stability in the banking system and protect depositors and creditors.

One sign of official concern about the stability of deposits in the wider banking system came in a February 1 Budget speech by Finance Minister Nirmala Sitharaman, who announced that insurance cover for individual bank deposits would rise five-fold to Rs 5 lakh. The minister assured lawmakers that savers’ money is safe in banks. The measure is effective from February 4 and would benefit 92 per cent of Indian deposit accounts and about 28 per cent of all deposits by value, according to Citigroup.

Depositors had swarmed PMC’s branches last year after the Reserve Bank of India took the rare step of limiting withdrawals following reports that an insolvent developer had accounted for 73 per cent of the regional lender’s total loan book. However, the RBI has since relaxed its caps on withdrawals from PMC, easing fears among depositors.

Still, S&P Global Ratings has warned that the credit profile of individual Indian lenders could deteriorate sharply in the event of “outsized exposure to weak entities, huge market or operational losses, or significant deposit withdrawals if the depositors lost confidence in the bank.” S&P doesn’t rate Yes Bank.

Other large private-sector banks continue to add deposits, according to the results published so far for the December quarter. HDFC Bank, ICICI Bank and Axis Bank. saw low-cost retail deposits rise between 14 per cent and 22 per cent.

For Yes Bank, the threat to its deposit base is likely to recede if it can bolster its capital ratios, IndiaNivesh’s Bhat said.

Even without a cash infusion, Yes Bank can manage its capital needs by restricting further lending. “The approach won’t, however, address concerns among investors and depositors as without stronger risk buffers it can’t absorb any sudden rise in bad loans,” said Diksha Gera, Bloomberg Intelligence’s Singapore-based banking analyst.

Yes Bank’s total exposure to shadow lenders and developers — both caught up in a funding crunch since late 2018 — was 11.5 per cent as of September end, filings show. A Credit Suisse Group AG note in April marked Yes Bank out as the lender with the largest proportion of outstanding loans to large stressed borrowers, including Anil Ambani group companies, Essel Group, Dewan Housing Finance Corp. and Infrastructure Leasing & Financial Services.