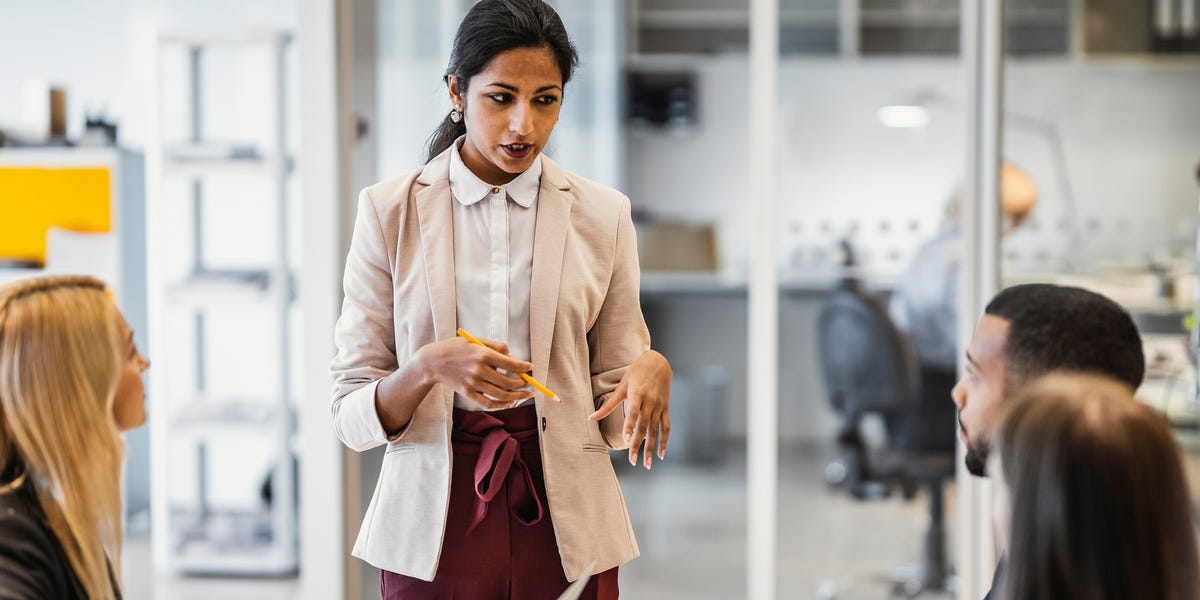 It is often said that the first million dollars are the hardest to earn — and it’s even harder for women.

Another revenue plateau seems to occur at the transition from the startup phase to the all-important growth phase.

A recent report from Babson College and Bank of America took aim squarely at the question of how high-earning women entrepreneurs are growing their businesses.

“We were intrigued to see how women at this level of success are still facing challenges,” Lakshmi Balachandra, a professor of entrepreneurship at Babson College and one of the report’s contributors, told Business Insider.

The researchers surveyed 30 women who have grown their businesses beyond $5 million in revenues.

One participant was Laura Tomasetti, founder and CEO of 360PR, a public relations and marketing agency that currently makes $10 million per year.

“There is an instant camaraderie when you meet another woman entrepreneur and a desire to share what has worked and what hasn’t,” Tomasetti said in an interview with Business Insider. “That is really the spirit of this report.”

The study found three key challenges that successful women entrepreneurs face, and recommended immediate actions they can take to grow their businesses.

Male funders often fail to see the market opportunities presented by female entrepreneurs because they don’t see the same need for a missing product or service.

“There are many viable business plans that are women-focused, but VCs aren’t able to see the opportunity,” said Karen Reynolds Sharkey, national business owner strategy executive for Bank of America Private Bank.

The report cites the example of Sara Blakely, who struggled to gain traction with investors for her clothing concept that could support and shape women’s bodies. The product? Spanx, which now sells an estimated $400 million per year.

Some of these misunderstandings arise from a lack of interaction between genders. Economist Justin Wolfers found there were more men named John than there were women among the CEOs of S&P 1500 firms in 2015.

Lillian Rafson, founder of the travel agency Pack Up and Go, described how she was the first woman to attend an industry networking event. After she felt excluded because of her gender, she raised her concerns to the organizer.

“He suggested that I instead attend another meeting, one for executives at companies. I told him I’m not an executive. I’m a CEO, and I run a multimillion-dollar business,” she said.

At every stage of business, women struggle to get financing. Even now, less than 3% of venture funds are directed toward female founders, according to PitchBook.

Balachandra said her research has found a disparity in how funders perceive the business goals of men versus women.

“Men don’t think women want to build big businesses,” she said. “When a man wants to build big, he is lauded, but women are not.”

These limitations lead many women to take a more conservative, value-oriented approach to business, but many survey respondents remained interested in other types of funding.

The report also made recommendations for strategies for women entrepreneurs that the respondents use themselves, like alternative funding, sustainable growth, and building new networks.

The high cost of venture capital can mean that it is a less preferable funding source for some founders. If a business owner is able to secure enough debt financing, she can retain control over the equity ownership of her company.

Organic growth also helps to cultivate the habits and practices that prioritize long-term growth over rapid returns. One such practice is the steady investment in the company’s people and culture.

Tomasetti of 360PR says being financially risk averse enables her agency to be more risk-tolerant when developing novel marketing campaigns for clients.

Her company has also been able to weather economic challenges without having to resort to layoffs, unlike her competitors in the industry.

Women entrepreneurs can expand the opportunities for other women in three important ways: financially, individually, and communally.

First, they can support women-owned businesses by buying their products and services, or providing access to capital.

In addition, mentorship and networking initiatives help expand the opportunities for women to raise their experience and professional standing in their industry.

The report recommends that women partner up in individual mentor-mentee relationships or create new professional networks to achieve these aims.

By using their personal experience to identify business opportunities, and communicating those ideas with like-minded partners, women can address a range of underserved markets.

The women surveyed in the report represented a broad range of industries, and while $5 million was the minimum revenue threshold, average sales for the group was more than $40 million.

The challenges outlined in the report were not equally experienced by the respondents, but they were still a major concern even after years of running successful businesses.

“We were struck by how focused these women are,” Balachandra said. “They acknowledge some barriers, but they are determined to build big businesses.”

The growth phase puts a new spin on old challenges that women entrepreneurs might have expected to fade over time as their businesses succeed.

Significant challenges remain, but the growing number of female business leaders suggests there are promising alternatives to the status quo, especially when they work together.

There are now more than 200,000 women entrepreneurs whose businesses earn over $1 million per year, and women are starting businesses at five times the national average, according to research from American Express.

“It’s really hard to go it alone, and you don’t have to,” Tomasetti said. “There’s a feeling that we have to do it all, and that asking for help is a sign of weakness, but it’s not.”

The Latest: CEO says PG&E got complacent about power outages